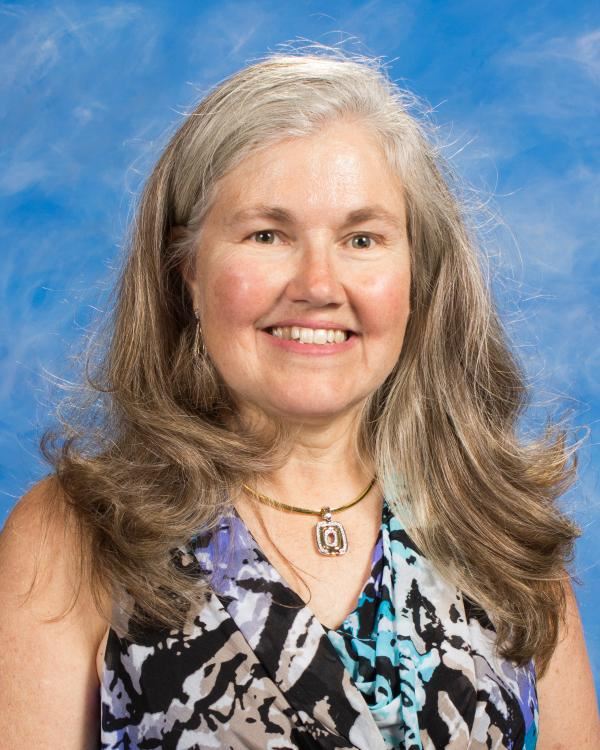 Mrs. McCarty received her BA from California State University of Fresno with her teaching credential from Chapman University. She earned her Masters in Math Education through Fresno Pacific University in May, 2007. She is a teacher consultant for the San Joaquin Valley Math Project. She began teaching at Pioneer Middle School the fall of 1999.

Mrs. McCarty and her husband, Kevin have three grown children. Their oldest son, Scott has is BA in Business and his wife, Lanelle has her BA in English & Music. Scott & Lanelle have a daughter and a son. McCarty's daughter, Jennifer is a graduate of Fresno Pacific University with a BA in mathematics. She is a lives with her husband Josh Ribb and their three little girls in Clovis, CA. McCarty's youngest son, Joshua is a graduate of Fresno Pacific University and he has a master's degree in Military History from Norwich University in Vermont and is an officer in the US Air Force Reserves. He resides in Astoria Oregon with his wife Erin who is also a graduate of Fresno Pacific and has her master's degree in Psychology. They have a son and a daughter.

Mrs. McCarty enjoys her time with grandchildren; taking them camping, reading and playing games with them; just getting time with them! She enjoys traveling, reading, sewing, time with friends and family and of course having pets. She also enjoys weaving on a jack-style loom.